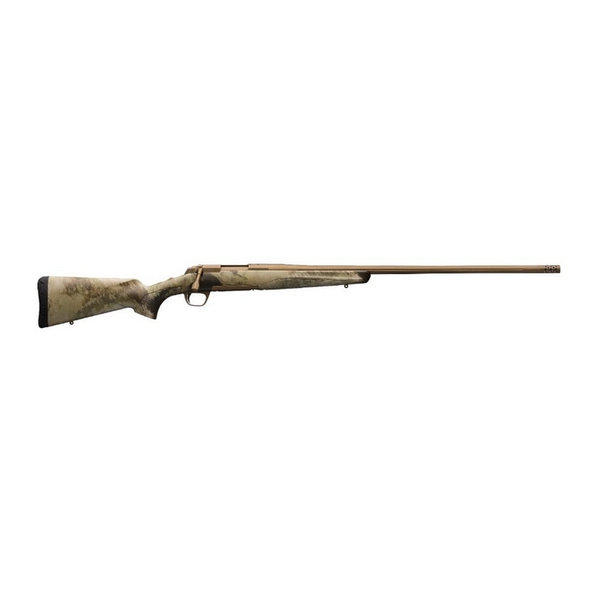 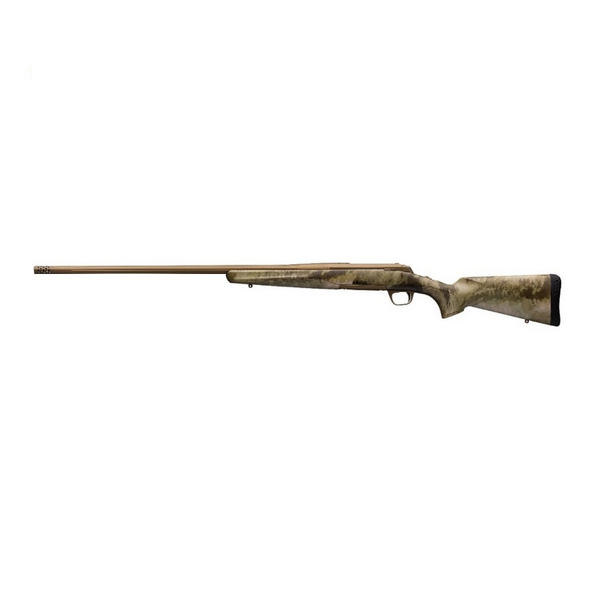 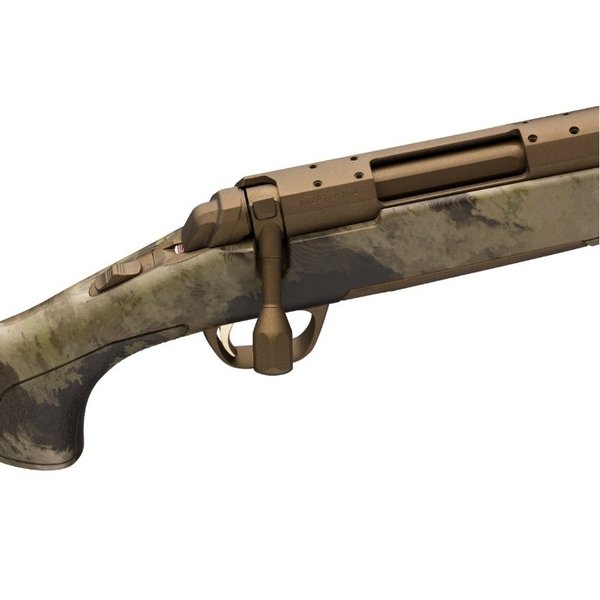 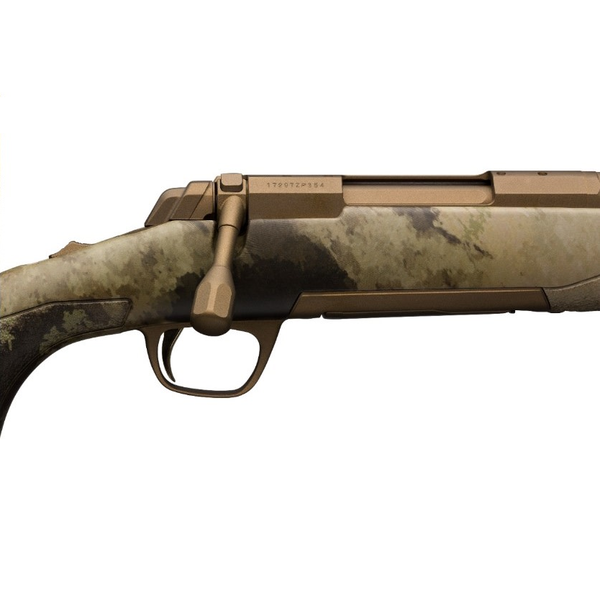 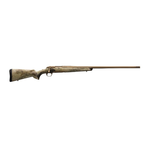 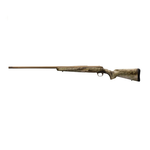 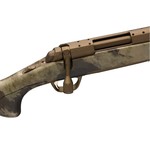 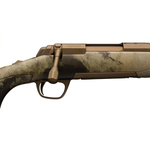 For the hunter that likes to shoot and shoot long.

Do you shoot all year long and love the sound of lead hitting steel at over a thousand yards away? Do you put in hours behind the trigger, practicing the fundamentals of marksmanship and learning to read the wind? Do you like the option to choose between established and proven cartridges as well the newest non-belted magnums that offer superior ballistic coefficients and velocities in a standard length action? This is the rifle for you.

The X-Bolt is free-floated by bedding the front and rear of the action for stability and to help maintain barrel to stock spacing for consistent accuracy. A recessed muzzle crown helps protect the rifling from damage.

For precise shooting in the field or off the bench, there’s absolutely no substitute for a good, predictable trigger. The X-Bolt’s new three-lever Feather Trigger provides a clean, crisp pull with no take-up or creep and minimal overtravel. The trigger is screw adjustable from 3 to 5 lbs. and factory pre-set at approximately 3 1/2 lbs. An alloy trigger housing contains the hard chromed steel components that are highly polished on all critical contact surfaces. Precise engagement angles mean the X-Bolt Feather Trigger feels light and right and stays that way through many thousands of rounds. Unlike competitors’ triggers with secondary fingerpiece levers, the Feather Trigger is designed right, from the very start.

Securely mounted optics are essential to the accuracy and precision of any rifle. To ensure the new X-Bolt rifle has the most stable mount possible, it features the X-Lock scope mounting system. The X-Lock system uses four screws per base, replacing the traditional two-screw system. The benefits are obvious, with the scope bases being secured at all four corners rather than only held at the center of the base. This allows for more accurate placement of the bases on the receiver. This revolutionary X-Lock system holds the base tighter to the rifle than ever before.

The new Inflex Technology recoil pad is the most comfortable, effective pad available.  That's because Inflex Technology is more than a mass of recoil absorbing material, the innovation is engineered into the pad.  Underneath the material, an internal skeleton has been designed using the concept of directional deflection.  When a Browning with the Inflex recoil pad is fired, the pad collapses, but instead of simply moving to the rear, directional ribs pull the comb down and away from your face for even greater shooting comfort and faster follow-ups.

The bolt unlock button is a feature found on the Browning X-Bolt and the AB3 bolt action rifles. It works in conjunction with the top-tang safety to provide an added measure of safety during checking and unloading of the chamber. Conveniently located on top of the bolt lever, the bolt unlock button allows the bolt to be unlocked and opened with the safety in the on safe position. The safety blocks the trigger sear and features a firing pin block for added safety.

This feature is likely one of the most understated and under appreciated of Browning features until you actually use it. Then it becomes an integral part of the use and operation of your rifle.

A 60º bolt is something you want. Browning X-Bolt, A-Bolt and AB3  rifles have a short 60° bolt lift. Many competitors' rifles incorporate a 90° bolt lift that is not only slower and cumbersome but places the bolt near or on the rifle's scope, making the bolt more difficult to operate. The 60° bolt lift has been a hallmark of Browning bolt action rifles for over three decades.

The comfort and convenience of the added clearance between an open bolt and a large scope cannot be overstated. You will appreciate it. This photo below details the X-Bolt.

X-Bolt Magazines. They are constructed from a durable lightweight polymer, the magazine is designed to feed cartridges directly in-line with the bolt, instead of offset as with traditional leaf-spring magazines, for a straight shot right into the chamber. An ergonomic magazine-mounted release lets the magazine rotate directly downward and into your hand. The magazine sits flush with the bottom of the rifle for a sleeker appearance. Additional magazines can be kept loaded and carried in your pocket or pack for easy access.

Specifications
0 stars based on 0 reviews
Add your review